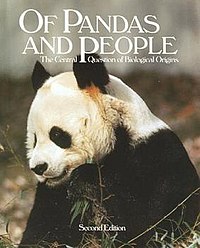 If you live in the UK and have any interest in politics, education or science, you’ll know that a minor kerfuffle has arisen over the apparent intention of some new free schools to teach a creationist viewpoint as some level of fact. Many people sensed the dark cloud of events in the US on our horizon: dodgy textbooks, partisan school boards, and a generation of children that have been ‘taught the controversy’.Â  The issue has received a modicum of coverage in the quality (and not-so-quality) press, a small storm of activity on Facebook and Twitter (and maybe Google+, who knows?), and even a petition to the government with a signatory count well into five figures.


For the avoidance of doubt, here is my position: I write from the perspective of a scientifically minded, ethnically Jewish atheist, brought up in a culture where education and truth are at the centre of everything. Scientific enquiry is the best way—and the only meaningful way—to understand the world, the universe, and our place within it. Educating children should be about teaching facts, but also why they are understood to be facts; in other words, facts should be backed up by evidence. Any parent knows that the most common word from a child’s lips is ‘why?’, and that’s a fantastic thing. If a school fails to discharge the evidential burden placed upon it by its pupils, it should not be surprised when they start to question what they have been taught.

Now I could talk about scientific rigour and education policy for the rest of the week, but one particular response to recent events moved me to write this post. Yesterday, The Guardian published ‘Creationists teach that evolution didn’t happen — these schools don’t’ by Christian blogger The Church Mouse (the original post was called ‘Warning: you may be a creationist’). I should say at this point that it is absolutely not my intention to unleash some kind of personal attack on Mouse: I don’t think he was being disingenuous, but merely biased by his beliefs. Nor am I having a go at Christians in particular, or religious people in general: most are lovely and would never want to jeopardise the quality of a British education. I do, however, feel that Mouse made a couple of strange assertions, and was a little too forgiving with the schools in question. I therefore add my own flavour of bias to the delicious mixture.

Firstly, let me deal with this:

Certain groups appear to be determined to paint anyone who says “God made the world” as a creationist.

Erm… well… yes. That’s because if you believe ‘<intelligent thingy> created the world’, that makes you a creationist. You can be an old-earth creationist (wrong) or a young-earth creationist (much, much wronger); you can believe in the truth of evolution, or you can kid yourself that people once rode dinosaurs. Creationists believe in creation. They are often opposed to evolution but they don’t have to be, like Mouse:

Mouse believes that God created the world. He did that in some mysterious way, that we cannot explain, which triggered the events we understand as the “big bang”, setting the laws of physics as we know them. Through processes well-documented by scientific inquiry, life began and evolved by natural selection over millions of years right up until today.

Please don’t start quoting the dictionary or Wikipedia at me. I know that some definitions of creationism disagree with mine, but that’s because the true meaning of the word has become obscured in the fog of war that is the evolution ‘debate’ across the pond.

The mysterious case of Grindon Hall

Mouse refers to three schools that have found themselves in a dim spotlight. I’d like to focus on just one: Grindon Hall Christian School. As I write, this new school stands to be granted ‘free school’ status imminently. Its website leaves me in no doubt as to its intentions to ‘affirm Christian truth, employ Christian teachers, hold a daily act of Christian worship and aim to have Christ at the centre of all we do’ (four mentions in one sentence is a lot, even by Biblical standards). Mouse asserts that they hold

such anti-creationist views as: “We do not believe that the very plain evidence supporting a lengthy process of evolution needs to be challenged by Christians.” And, “We do not share the rigid creationist’s insistence on a literalistic interpretation of the first chapters of Genesis.” It is clear from the statement that they share a view very much in line with Mouse’s.

Mouse quotes from the school’s statement on the matter (I had assumed that this undated document was written in response to current events, but the HTTP headers suggest it was ‘Last-Modified’ in January 2007; here’s a copy in case the original disappears). Mouse accuses the British Humanist Association of ‘taking elements of this statement out of context’, but unfortunately he has fallen into the same trap.

For example, the quote about evolution is followed immediately by

However, we vigorously challenge the unscientific certainty often claimed by scientists surrounding the so-called ‘Big Bang’ and origins generally.

We believe that no scientific theory provides — or ever will provide — a satisfactory explanation of origins, i.e. why the world appeared, and how nothing became something in the first place.

Their ‘vigorous challenge’ to ‘unscientific certainty’ is gobsmackingly arrogant and utterly baseless. Their secondary-level teachers will be telling children that, no matter how erudite, decorated, cited and proved correct, scientists shouldn’t be trusted. They will be teaching kids that science is incapable of answering fundamental questions about the universe, and when it does find the answers, they will always be unsatisfactory. Worst of all, they insist on knowing ‘why the world appeared’, when every rational person can see that this is a meaningless and futile question to ask, and particularly so when that question is directed at a scientist. I mentioned earlier that asking ‘why?’ is a wonderful thing, but this kind of ‘why?’—seeking meaning where none exists—ignores the reality that the universe owes an explanation to nobody.

Mouse also missed out what many will find the most disturbing part of the statement:

We will teach evolution as an established scientific principle, as far as it goes.

We will teach creation as a scientific theory and we will always affirm very clearly our position as Christians, i.e. that Christians believe that God’s creation of the world is not just a theory but a fact with eternal consequences for our planet and for every person who has ever lived on it.

If there was any doubt as to the intentions of Grindon Hall, these two paragraphs sweep it away. Firstly they satisfy their statutory requirements with the mealy-mouthed caveat ‘as far as it goes’. ‘As far as it goes’?! I defer to the erudition of others to state the monumental case for evolution, but I think it’s safe to summarise their work thus: ‘actually, it goes pretty bloody far indeed’.

The remainder of that quote brings those dark skies from across the pond to cast a stark shadow over British education. Just look at the first four words of each sentence: ‘We will teach evolution; We will teach creation’. And ‘as a scientific theory’, no less! The odious Discovery Institute promotes ‘teaching the controversy’—more wordplay, this time simply meaning ‘batter evolution with creationism’—and Grindon Hall is clearly seeking to do exactly that. They talk about evolution as being limited, but creationism as ‘not just a theory but a fact’.

Mouse states confidently that ‘[t]his is not a creationist school’. I respectfully disagree.

It’s not just about evolution

Many others have written on this topic, so I’ll be brief. Encouraging children to distrust science, even in the face of conclusive evidence, has implications far more dire than a misunderstanding of our origins. It renders them incapable of critical thinking, of challenging what they are told, and of evaluating and trusting evidence.

By far the most serious threat to our continued existence is anthropomorphic climate change. The evidence is voluminous, multidisciplinary, comprehensive and utterly convincing. Unless, that is, you’ve been brought up with the notion that supernatural explanations are inherently more trustworthy. Then you’ll take a short downhill stroll to join the growing crowds of religious ring-wing lunatics that want to ‘burn it all’, because (a) God won’t let anything bad happen, (b) it’s all here for us, and (c) the world’s ending soon anyway. That’s the kind of education advocated by schools like Grindon Hall.

Realistically (and thankfully), I don’t think we’ll be seeing a flood of creationist schools in Britain any time soon, but even one is too many. Each child passes through its education only once, deserving the very best society can give. They should be encouraged to see the holes in our knowledge as exciting and enticing. A school failing to do this is toying with its pupils’ futures, and the State must intervene and stop it.

Motorway service areas: what are they for?