Emotional disconnection and ‘shields down’ 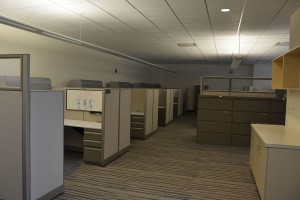 When you last resigned from a job, when did you decide to leave? Can you identify a point in time, whether it was a flash of realisation or a slow dawning, when your relationship with your employer shifted from ‘attached’ to ‘it’s complicated’?

‘Shields Down‘, an excellent piece from Michael Lopp’s blog Rands in Repose, suggests that this often happens when an unexpected opportunity presents itself: you agree to go and have a chat at another outfit, and in that instant your shields are down. In the moments that follow, you weigh your current job with an envisioned alternative future, and ultimately make a calculated decision: should I stay or should I go?

Undoubtedly Lopp is right—at least for some people. But Loop really hits the nail on the head when he notes that ‘Happy people donâ€™t leave jobs they love’. His piece seeks to understand, with a view to avoiding, the reason why the calculation fell the way it did when an employee decides to leave. I’m sure that, for some, this is how it works. A few grumbles about your job are thrust to the fore when a new and shiny alternative is dangled from a new and shiny workplace.

Lopp correctly identifies small but critical lapses in communication as having devastating effects on morale. I’ve never had to manage a team so I can only imagine how difficult it must be to check your every word for fear of pissing people off without ever knowing what happened. Sadly, my message doesn’t make the task of management any easier. For some, there isn’t so much a ‘shields down’ moment as a single threshold being crossed: that of emotional disconnection.

Wondering if you’ve emotionally disconnected from your job? Symptoms include—

Fundamentally these all boil down to the same thing: the employee doesn’t see a future for themselves at this organisation. In my experience this emotional disconnection is irreversible once it occurs. You can almost see it as a subtle shift of perspective in their eyes. Once the disconnection Rubicon is crossed, the road to the job market is paved and only runs one way. In its worst form, emotionally disconnected employees can be a corrosive force as they act as a singularity into which vulnerable staff can fall, crossing the emotional event horizon (OK, so that was a little hyperbolic).

The scary thing for managers is that, just as it can cause a dropping of shields, a seemingly insignificant event can tip a marginally disaffected person over the cliff. To them it will be a sudden realisation of the ‘reality’ of their current situation; to their colleagues and management, it’ll look like a sudden and strange shift in attitude. By the time they eventually leave, they might not even remember what tipped the balance, but they’ll still feel all the effects of their emotional disconnection.

Every moment as a leader is an opportunity to either strengthen or weaken shields. Every single moment.

That is absolutely true. When one factors in emotional disconnection and how abruptly it can strike, the potential significance of a mis-step makes every single moment not only an opportunity but a huge risk as well.