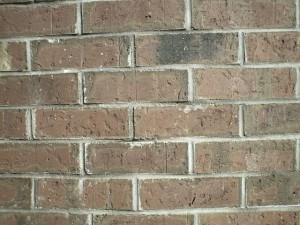 Unless you run a busy website, Apache‘s MaxClients setting probably isn’t something you think about very often. If not, then look in your Apache 2.2 config and you’ll find a block like this1—

This setting, along with ServerLimit, controls the number of simultaneous connections that Apache can handle. Above this limit, connections are queued until slots become free. Apache will tell you about this with a message in its error log that looks like—

Like many a naÃ¯ve sysadmin, I unwittingly assumed that serious problems usually look serious in log files: if one of your disks starts to fail, you’ll be reading those kernel messages for the rest of the day. The problem I faced was that Nagios occasionally thought the website was down, but there didn’t seem to be any reason for it, and generally it would recover spontaneously (although sometimes this would take some time). I did find that message in the error log, but it was hours before the problem occurred, so I assumed it was just a weird transient caused by the server restarting (which it does around that time of day).

Our diligent on-call developer included in his report that netstat reported an unusual number of sockets in the TIME_WAIT state. This indicates a large number of TCP connections that closed in the recent past. On a hunch I went to look at the source code that generates that log message, and found this:

So that message will only be generated once per server lifetime. Who knows how many times I’d been hitting that limit! Kibana gave me a clue: there were several days in the last month that the message appeared in the log. I increased the limits today—thankfully the server has plenty of resources available—and hopefully that’s the end of that chapter.

It would have been nice if the Apache documentation mentioned this about the error message, but that’s no excuse: the evidence was there, but I just wasn’t looking for it.

1 The name of the block depends on which MPM you’re using, but the MaxClients setting (and the code excerpt) is the same for all MPMs.

Upgrading to SHA-256? Some XP users will think your site is down