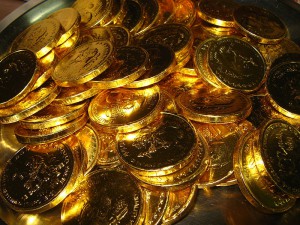 Just before Christmas, I made a modest donation to a large UK charity in response to an online campaign. The charity does remarkable and important work, and I intended to make a one-off contribution at a critical time of year for them. Donation made, thank-you email received, a few warm fuzzies experienced, and then I got on with my life. Sadly, the charity didn’t do what it’s supposed to do: just take my money and walk away.

Yesterday afternoon I received a call from the charity—I say ‘the charity’ but it sounded like a noisy call centre—which apparently wanted to thank me for my generosity. The guy on the phone then went into an excruciatingly interactive script: did I know the charity did these things? No, I didn’t. What’s the average age of the people it helps, could I guess? No, I have no idea. I could see where this was going: the guy wanted me to set up a regular donation by direct debit.

Despite the fact that I found the call (both the manner and the fact it was made at all) totally obnoxious, I couldn’t hang up. Something in me couldn’t hang up on a charity. I’m sure I’m not the only one who feels a twinge of guilt about closing the door on so-called ‘charity muggers’, even though going door-to-door soliciting direct debits is intrusive and unpleasant. I can imagine a call centre sales department cynically preparing charts of hang-up rates by sector, with charities appearing to benefit from the guilt factor.

Eventually my appalling mobile coverage came in useful and the call dropped, the guy on the other end still reading his script with the demented-speech-synthesiser-like intonation of someone who has read the same text a thousand times before.

Clearly the answer is no. If you think that it’s worth pissing off your donors hoping that they’ll donate more, you do two bad things:

If I give you money, I consider that to be an isolated act. It doesn’t make us friends; it doesn’t mean I’ll do it again; it doesn’t even mean I’m all that interested in what you do.

Just take my money and walk away.